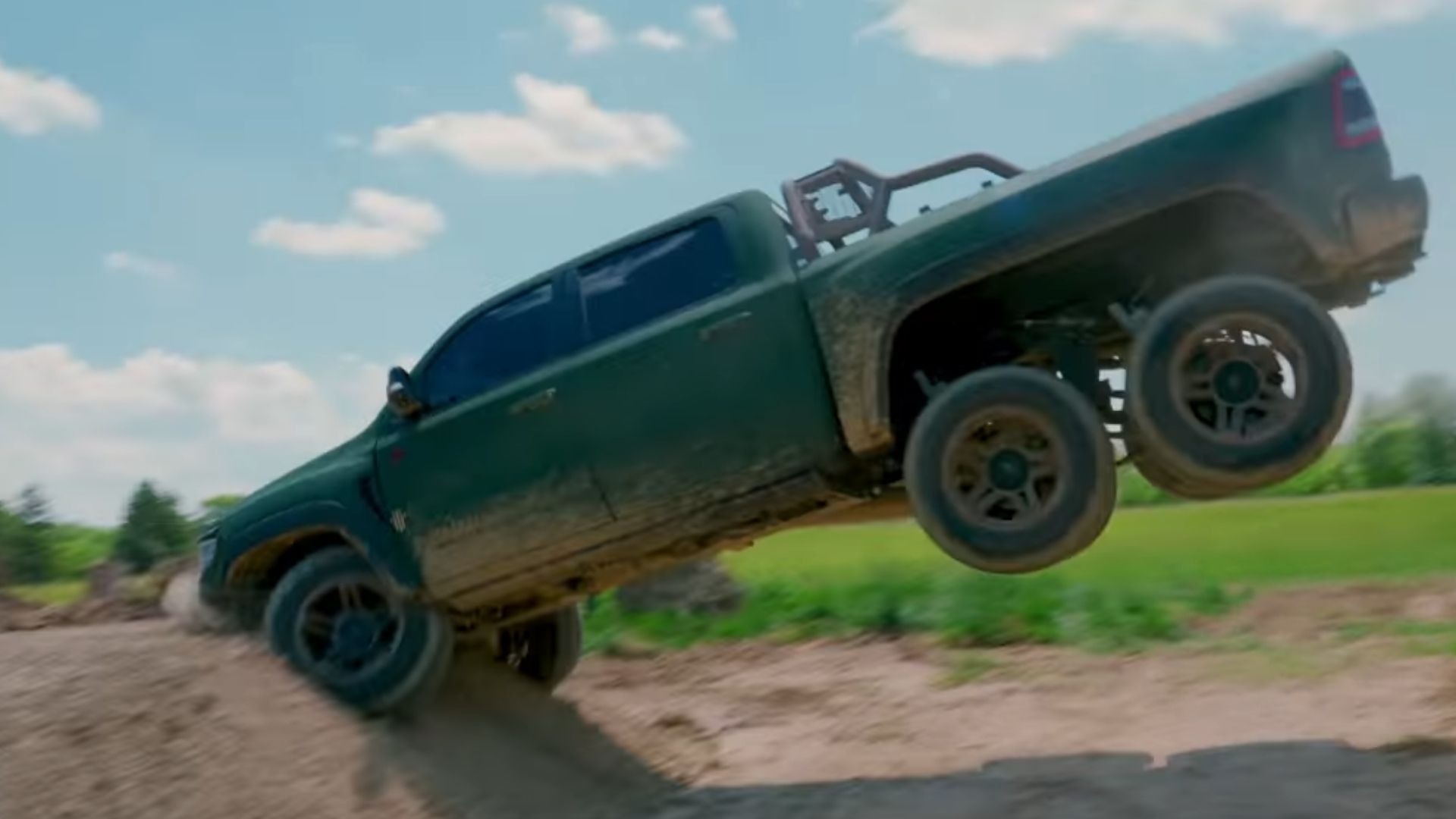 The Warlord 6x6 you see here is a Ram TRX conversion with an added third axle and a $250,000 USD sticker. You wouldn’t normally expect people to launch it in the air for fun, but this is exactly The Triple F Collection did – to frustrating results.

The team procured a gorgeous green example of the truck and couldn’t stop ranting about its virtues – understandable given its sheer power and presence. What we did not expect was how fast things went downhill.

This is not the first attempt to jump the Ram TRX, but all the previous ones we saw were performed with a lighter four-wheel version. Launching a six-wheeled monster truck in the air requires going through some sophisticated math to determine ramp heights and distances. Something must have been miscalculated, because the moment the Warlord lifted off the ground it was clear it was in for a hard early landing.

The vehicle proceeded to plow into the ramp at full speed, injuring the passenger in the front seat (you can see him slamming headfirst into the dashboard). Fortunately, the team has already reported no major injuries after the incident, but the $250,000 truck is now due at least $20,000 in repairs. The final amount is being assessed based on the damage and could prove much higher still.