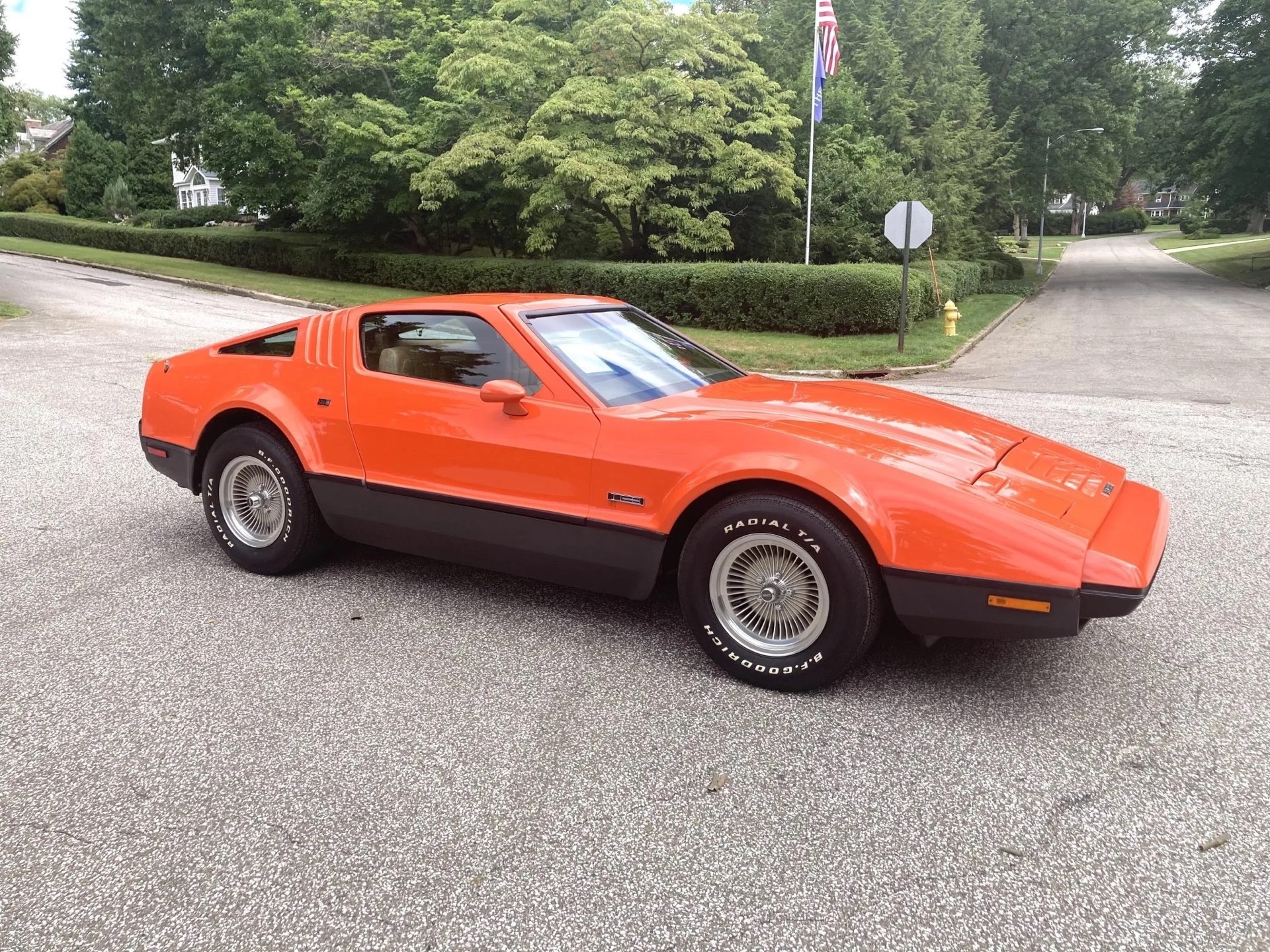 The Canadian automaker Bricklin was founded by Malcolm Bricklin. The company made around 3,000 such sports cars in total, out of which only around 1,200 are said to still be around. Each example comes equipped with a stainless-steel frame, plastic bodywork and AMC drivetrain units (from the Hornet and other models). The bumpers are designed to soak the energy of the impact, the headlights pop up when needed, and the doors swing up in a gull-wing fashion, much like those on the DeLorean DMC-12 designed later.

Power for the exotic ride originates in a 5.6-liter V8 driving an AMC three-speed automatic gearbox with just 220 PS (217 hp / 162 kW). The trim spec includes brown sport seats, an air conditioner, a radio and 15-inch wheels. Judging by the photos, the car is in great condition considering its age – modest amounts of rust at the bottom would be all.