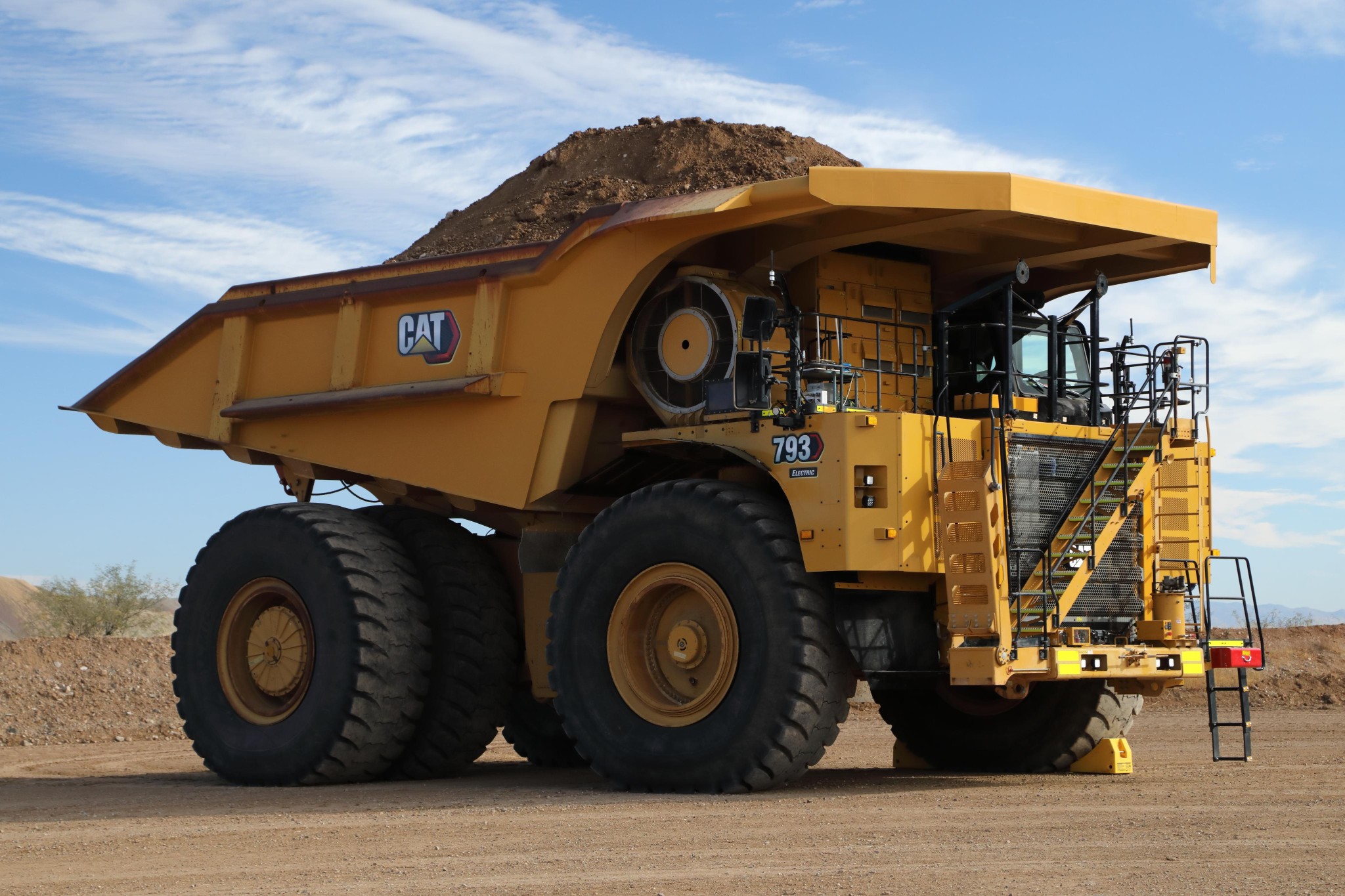 The total electrification of transports grows nearer as even heavy equipment manufacturers like Caterpillar toy with the idea of making all-electric mining trucks. Called the Caterpillar 793, the vehicle shown here was recently test-driven in what looks like its most realistic work environment.

The exterior of the truck remains unchanged from the stock model offered by the company, but the drivetrain is conspicuously missing its key element – the internal combustion engine. Instead, it has an electric motor with so far undisclosed parameters.

In the video, the fully loaded truck accelerates to 60 km/h (37 mph) and covers a distance of 7 km (4.35 miles), including 1 km (0.6 mi) up a 10% slope. It slowed down to 12 km/h (7.46 mph) on the climb, but managed it nonetheless. It then rolled down another 10% slope regenerating energy as it did so. After the impressive demo, the company said that the truck still had enough energy left in its batteries for several more trips like that.