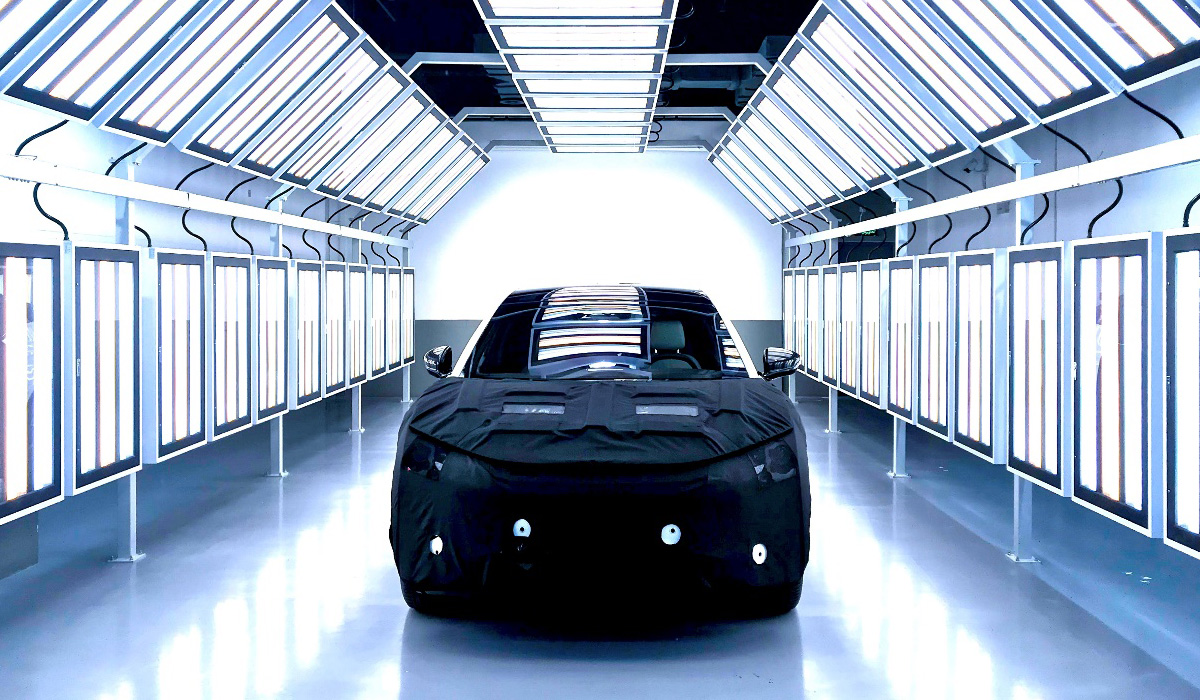 According to Ding Lei, CEO of the two-year-old car company, the car is close to its final production form. It should ultimately lay the foundation for a whole ecosystem of self-driving electric vehicles, Lei states. Given his experience in the automotive industry spanning over 35 years (including working for the Shanghai-Volkswagen joint enterprise and later for the SAIC Group), these claims deserve serious consideration.

The SUV sports a rather complicated door mechanism, with the rear doors swinging open against the direction of the traffic and the roof rising simultaneously with the rear side windows. The cabin also boasts a non-standard layout, with a large 15-inch dashboard to the left, a 17-inch infotainment display in the middle and an even larger 20-inch display to the right. There are three seat rows, and the first two are made up from individual seats with ventilation and massage functions.

The illustration to this news article is the first real photo of the production car. As you can see, it is still largely wrapped in cloth, but it has side mirrors instead of the cameras that the early prototype had.

The premiere event is scheduled for the summer of 2020, and the market launch for the first half of 2021.